TICKETS ON SALE NOW!
Ticket Prices: $61.50 and up
(Additional fees may apply.)

After more than 60 years electrifying people all over the world, the mighty, legendary, R&B/Soul kings The O’Jays are set to embark on their final tour! Featuring original members Eddie Levert Sr and Walter Williams Sr, who have been singing together since they were kids!

The O’Jays are touring history, a connection to an era and a sound that formed the soundtrack for the lives of several generations. In 1972, Gamble & Huff, a team of producers and songwriters with whom the O’Jays had been working for several years, signed the group to their Philadelphia International label.

With this magic formula, often called The Sound of Philadelphia, The O’Jays scored their first number 1 and million-selling song, “Backstabbers:, followed by more chart-topping pop and R&B singles including “Love Train,” “Put Your Hands Together,” “For The Love of Money,” “I Love Music,” “Darlin’ Darlin’ Baby (Sweet, Tender, Love),” “Livin’ For The Weekend” and “Use Ta Be My Girl.”

This success propelled The O’Jays to be the first black vocal group to perform in arenas throughout America during the 70s and 80s. Eddie Levert Sr, Walter Williams Sr, and Eric Nolan Grant, who joined the group in 1995, continue to thrill fans today.

Throughout their career The O’Jays have achieved 10 Gold albums, 9 Platinum albums and 10 #1 hits. It’s been a long journey but thanks to the fans the LOVE TRAIN is still going strong! 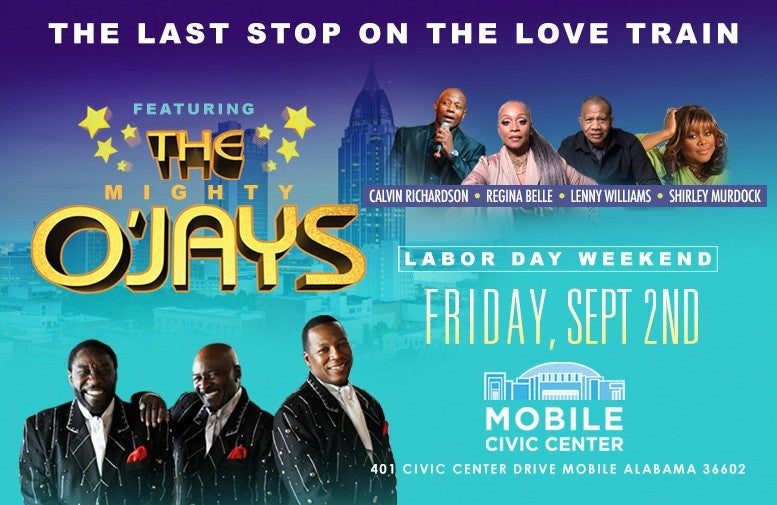