TICKETS ON SALE THURSDAY, JUNE 9 AT 10AM!

Ticket Prices: $60 and up
(Additional fees may apply.)

A comedian for more than 30 years, Rickey is constantly performing across the country on his own theater tour and also makes special appearances on the Martin Lawrence-hosted, LIT AF Tour.  Rickey’s tours often include a live band, which Rickey accompanies as an accomplished pianist and organist.   Some of Rickey’s fan favorite characters include “Mrs. Bernice Jenkins,” “Lil’ Daryl,” “Joe Willie,” and “Beauford.”  Rickey starred in the stand-up specials, Rickey Smiley: Open Casket Sharp and Comedy Central Presents: Rickey Smiley, and released eight bestselling albums including the #1 comedy album, Rickey Smiley: Prank Calls 6.  Rickey started his career at The Stardome Comedy Club in Birmingham, AL, and for over a year until the pandemic in 2020, Rickey sold out every Monday night at the club with Rickey Smiley’s Comedy & Karaoke Night, hosted by Rickey with a live band.

In 2020 during quarantine, Rickey hosted Fox Soul TV’s, Quarantine Cook Off, featuring his signature humor and top-notch cooking skills while sharing some of his favorite recipes with viewers.  Rickey starred in his own TV series, The Rickey Smiley Show, running from 2012 through 2014 on TV One.  From 2015 through 2018, Rickey starred in his own TV reality show titled, Rickey Smiley For Real, on TV One.

His memoir, Stand By Your Truth Then Run For Your Life, was released to critical acclaim by Gallery Books in 2018.

On the big screen, Rickey will be seen in the upcoming Nick Cannon film, Miracles Across 125th Street, premiering December 20 on VH1, and he has been featured in urban classics including All About The Benjamins, Friday After Next, and Baggage Claim. 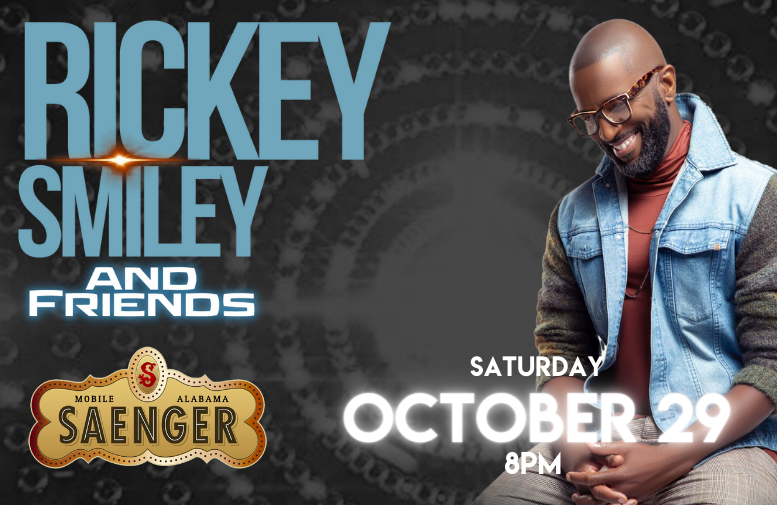