After 22 years in comedy, Leanne Morgan has cemented herself as a must watch comedian.

Leanne was feeling the lure of Hollywood after graduating high school, but the idea of moving there was unheard of and too daunting for a country girl who had never been away from home. She enrolled in college at The University of Tennessee, where she graduated (by the skin of her teeth) with a degree in Child and Family Studies.

Shortly after that, she married her husband Chuck and they moved to Bean Station, TN in the beautiful foothills of the Appalachian Mountains.

To stay busy after having her first baby, Leanne started selling jewelry at home parties. She was supposed to talk about the jewelry but instead conversed about breastfeeding, hemorrhoids and being a mama. The party guests thought that she was hilarious to the point somebody peed on a couch, and before she knew it, she was booked out a year in-advance.

The jewelry company saw what was happening and asked her to speak at their sales rallies. It was there that women started saying, “you need to do stand-up!” That gave Leanne the courage to really go for it! Leanne finally had access to comedy clubs when her family moved to San Antonio in 2001, and her career in comedy quickly started to skyrocket.

Leanne’s comedy has landed her at the prestigious Just For Laughs Festival in Montreal and has brought her development deals for her own sitcom with ABC and Warner Brothers, writer/producer Matt Williams (Rosanne and Home Improvement), TV Land and now with Sony Television.

Leanne has garnered over 1.5 million followers across social media and her popular stand-up special, So Yummy has reached over 50 million views on YouTube.

Her fan base continues to grow with her relatability as she discusses everything from being a housewife, sharing Jell-O recipes to having a new grandbaby. She has appeared on ABC’s The View, Nick at Nite’s Funniest Mom and toured with the Southern Fried Chicks.

Now that her children are grown, Leanne is currently on The Big Panty Tour for her 100-city theater run across the U.S. with Outback Concerts. For more info on her tour go to: www.Leannemorgan.com 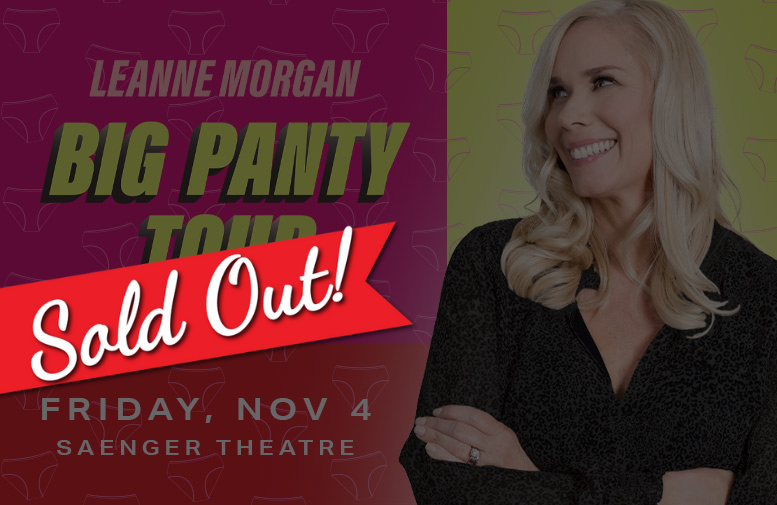