BLACK VIOLIN
TO PERFORM AT THE MOBILE CIVIC CENTER THEATER
ON FRIDAY, DECEMBER 2 AT 8 PM

For over a decade, the classical-meets-hip-hop duo has steadily built a devoted following — culminating in two sold-out shows at the John F. Kennedy Center for the Performing Arts with the National Symphony Orchestra commemorating the 50th anniversary of Dr. Martin Luther King Jr.’s death.

They developed an act covering hip-hop songs on their violins, which became popular in local clubs. Two years after sending in a tape to Showtime at the Apollo, they were invited to appear on the show—which they won and kept winning.

They were approached by the manager of Alicia Keys, who asked them to perform with the singer on the Billboard Awards. Other offers followed—they toured with Mike Shinoda of Linkin Park, opened for the Wu-Tang Clan, composed the music for the Fox series Pitch. Individually and together, Wil and Kev have worked with Alessia Cara, 2 Chainz, and Lil Wayne.

All the while, Black Violin continued touring, playing as many as 200 shows a year, and released two independent, self-financed albums before releasing the acclaimed Stereotypes in 2015. The duo currently performs with DJ SPS and drummer Nat Stokes. 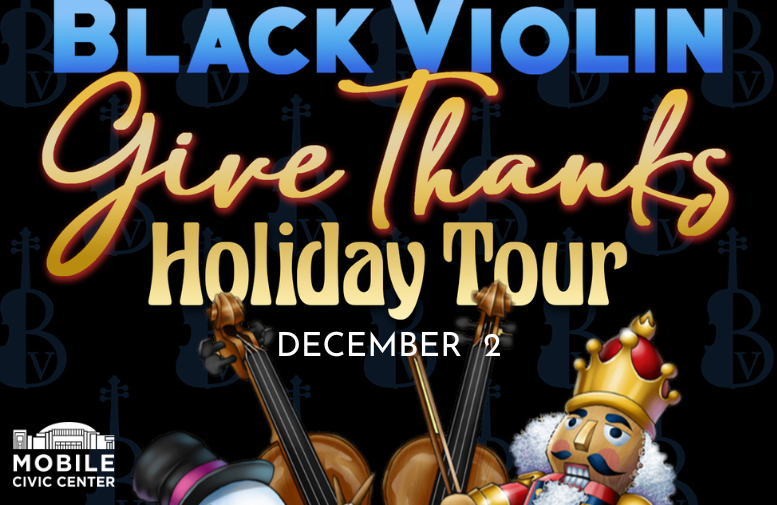